From the age of 15 Leigh was clear about her purpose. The year was 1994 and the context was South Africa’s birth as a democracy. She knew that she wanted to be a part of creating and supporting a new generation of leaders and she leapt in by starting a non-profit organisation called Youth With Vision. She home-schooled herself so that she could start university a year earlier than her peers and her undergraduate studies where in the field of leadership and applied values.

In her early twenties Leigh worked for the Parliament of the World’s Religions, together with the Brightest Minds initiative and as a project facilitator in the corporate world before she decided to go for broke when, in her mid-twenties, she co-founded a free undergraduate business school for first generation university entrants called the Tertiary School in Business Administration (www.tsiba.ac.za). Leigh served as TSIBA’s Managing Director from 2006 to 2012 and as CEO from 2018 to 2019. In between she worked in education reform helping to coordinate an ambitious and multi-stakeholder initiative called Collaboration Schools between government, multiple funders, non-profits and no-fee schools.

Leigh holds a BA in Value and Policy Studies from the University of Stellenbosch, a Post-Graduate Diploma in Coaching from Middlesex University and an M.Phil in Higher Education Studies from the University of Cape Town (UCT). As a part of the year-long Emerging Leaders Program between Duke University and UCT, Leigh worked as a coach with Michael Nutter who subsequently realised his goal of becoming the Mayor of Philadelphia, a role he held for two terms from 2008 – 2016. Leigh volunteers as a non-executive director on the board of two non-profit organisations  and is a Council member of the Unitarian Church. She lives in Cape Town with her partner, two daughters, two dogs and a tortoise (called Jump).

Now in her forties, Leigh’s looking to pioneer in a new way and has set out to train as a minister in the Unitarian tradition as a way to follow her passion for rites of passage work. She is a registered marriage officer and the creator of the website Soulfullness: The art of living with meaning and connection. Siphelele Chirwa is the CEO of ACTIVATE! Change Drivers. She has 15 years of experience in the youth development sector and prior to ACTIVATE!, she was the co-CEO and Programme Lead Facilitator at Educo South. Siphelele trained as a Wilderness Guide with the School of Lost Borders in California, USA and she facilitates experiential programmes in leadership, life skills and rites of passage for young people and adults from all backgrounds. She is currently studying Project Management and Youth Development and is a leader of the Youth Development Forum in Langa, Cape Town. Siphelele also serves as a board member of a number of civil society organization. 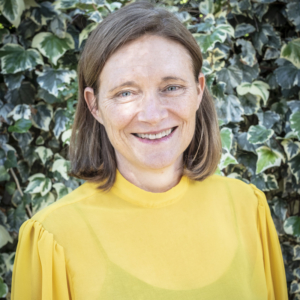 Ann is a social entrepreneur, a collaborator, a leader and a deeply experienced facilitator. She began her career in the private where she worked first as an investment banker; then as a consultant at the global strategy boutique firm Monitor (since purchased by Deloitte); and then as an entrepreneur when she started a children’s publishing and marketing organisation.

Wishing to make greater social impact, she moved to civil society where she focused on education, social development, health and the environment. Initially, as CEO of the Learning Channel and then, once her brief of a turnaround and sale had been achieved, as co-founder and CEO of the Mindset Network, she focused on the use of multimedia to deliver educational and health content to disadvantaged areas. Mindset received many global and local awards.

Ann left Mindset to establish Convene, which was founded on systems thinking and committed to effecting profound social change. There she designed, led and implemented the LINC, Kago Ya Bana and Bridge projects, respectively aimed at creating systems change in the children and education sectors in South Africa. Ann was also the Interim ED of Greenpeace Africa for a year.

She returned to the private sector to join EY as an Executive Director with the responsibility of developing the Cape-based People Advisory Service practise. There she focused on organisational development, purpose led transformational work, leadership development and shared values projects. She worked extensively using co-creation and innovation-based approaches which I believe to be core in driving adoption.

Ann recently left EY to focus on building her own organisations that equip individuals, organisations and society with the necessary tools, skills and capabilities to make more conscious future facing choices.